Abandoned Skeleton of A Temple in Taoyuan – 桃園將軍廟

The best kinds of adventures are ones you plan last minute and end up being incredibly memorable. On a slow Saturday, we were looking for things to do in Taipei when we noticed an interesting spot on Hidden Taiwan’s map in Taoyuan.

The images boasted an unfinished temple, hidden away up a hill, shrouded by trees and wild foliage. We rarely go to Taoyuan to explore and so, fifteen minutes later, we were in the car and ready to go.

Once there, the location took us to a small farm where we climbed up a hill to get a better view. There was a large vacant lot next to us, but nothing that looked like a temple.

Then, a little further out on a taller hill in the distance, we spotted something that seemed like it could be it.

We jumped back in the car, and drove towards the spot using maps to lead the way.

There was an empty lot at the base of the hill where we parked the car. Nearby was a tiny lake with a family fishing for fun with their children. The walk up was only a few minutes long but the incline is pretty steep. By the top we barely had enough breath left before the temple took it away.

The abandoned temple looked like it was situated at the top of some stairs. But at the top, we were greeted by a gaping tunnel, with a tunnel system running alongside it all the way to the left and right of the hill. We walked in and saw glass bottles, trash, lots of bb gun/airsoft pellets and graffiti on the ceiling ‘welcom’ing us to the Jungle.

At the end of the tunnel we found ourselves in a dark room. Even though it was blindingly bright outside, the interior was so dark we had to use our phone lights to find an open hallway.

Heading up some more stairs, we finally walked out inside the temple. From there we could see that the temple had multiple stories, including the basement that we had walked up from. It had an expansive front yard, and in the back, a little bridge with even more temples and shrines. There were wooden planks placed in between the buildings allowing us to cross. We explored the other rooms, but they were just filled with sand and bricks.

Entering into the first floor you can find some stairs in one of the rooms that take you up to the second floor. Here was the first room we found more than just dust. It looked like a shrine was the first thing to be built in the room, with idols lining the table top.

In the room we also found a gorgeous blue sofa chair with a red table top propped up behind it. The room seemed like it had all the basic necessities ready, and was perhaps being used, after construction had stopped.


From the second floor you could enter into the side buildings via a small platform of stairs. The entire second floor was open and airy, so we sat and watched the nearby trails and cityscape.

Back outside, on the first floor, we found a temple that was closer to being finished compared to the rest of the buildings. The tiles were put down, columns painted, and furniture put away in the storage sheds. I’m not sure if it’s being used, but it seemed like they wanted to finish this smaller temple first before starting on the rest of the large buildings.

After exploring the temples, we decided to make our way into the expansive tunnel system that we saw when we first entered. The whole building was a long hallway of circular windows, which seemed pretty unique for a temple in Taiwan. 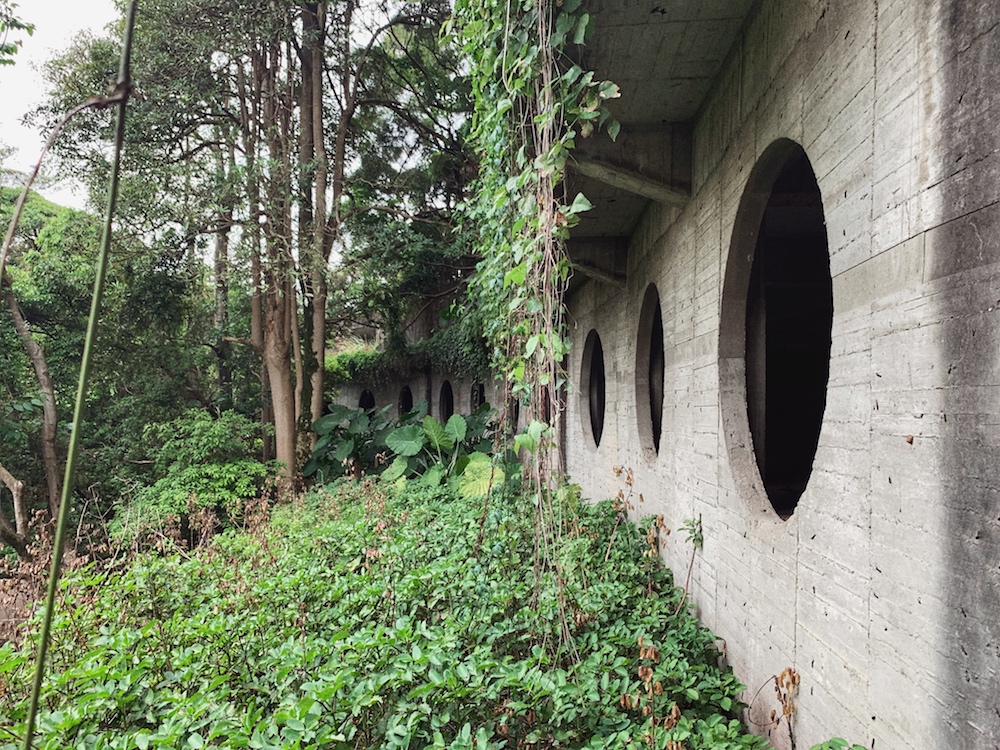 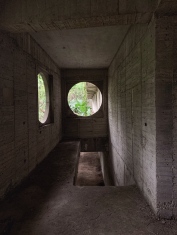 In the hallways we found that there were multiple floors, taking you into a basement which ran along the length of the hill. Given the area of the temple, (it was situated up a hill and a long walk away from the city), I’m not sure if they built such a giant structure because they wanted an impressively large temple, or if they were going to turn the building into something more.

Either way, it was a great place to spend the afternoon exploring and taking photos. The stark contrast between the bright light outside and the dark basement gave the place an eerie vibe. We didn’t want to stay past dark in the tunnels, so after walking around a little more, decided to head into Taoyuan city to grab some food. 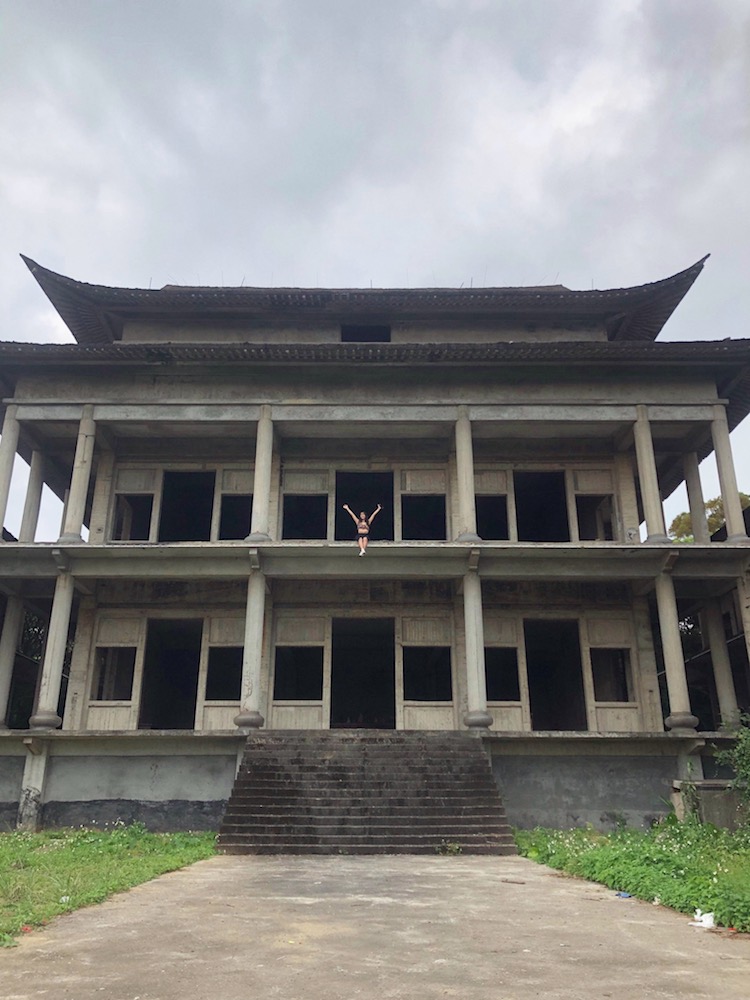 I’ve also started a map! Follow and share it to keep track of the abandoned places I find!